Actual Case Studies of Kids on the Internet 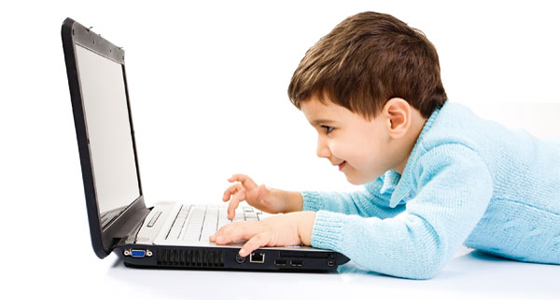 As people are quickly becoming more and more dependent on technology for their everyday needs and desires, particularly the use of computers, business developers in the software industry have constantly tried to look for ways to take advantage of the trend, for their own profits and for the growth of the information technology industry as a whole. Some of these include sites and software that are geared towards the younger generations, like public chat rooms and social networking sites. With the number of hits these receive daily, it is no question that these are things that children and adolescents of the present look for.

While social networking sites and chat rooms promote socializing with one another (even if it is mostly text), there are dangers that are associated with such. Some of these include exploitation, extortion, pornography, sexual advances, etc., just to name a few. Perpetrators are aware most of the time that they are dealing with children and young adults, which is why they have more confidence to do the things they do – children are far easier to trick than adults.

Actual cases of these have happened, many of them in the United States. Just recently, a female teenager in Texas sued the site MySpace, a social networking site wherein a person can meet anyone from anywhere in the world. A MySpace page can be filled with pictures, videos, and other multimedia. A fake profile of a person can be made up easily, thanks to the power of computers and technology.

The lawsuit stemmed from the fact that this female teenager was sexually assaulted by an older teenager whom she met on MySpace. This man apparently put up a fake profile in MySpace, complete with fake pictures and fake data. Through this MySpace profile, they met through the Internet; he got a hold of her phone number, met each other personally and from there, the assault took place.

Incidentally, the girl’s lawsuit didn't win. In order to prevent such incidents from occurring, one should exercise extreme caution, especially in chat rooms and social networking sites such as MySpace. The case study proves that the danger on the Internet is ever present. However, that shouldn't deter children and adults from using the Internet freely – it is just important to exercise caution when doing so, something that this young girl apparently failed to do.

In addition, the girl herself lied about her age as well, claiming that she was an 18 year old when at that time, she was actually just 13. MySpace provides the privilege of using their site only for those 14 and above. Clearly, these actions show that the young girl didn't exercise caution and was exposing herself to danger by lying about her age and flirting with other male members older than her.

Other cases also involved instant messaging chat rooms and social networking sites, such as those when perpetrators tried to steal passwords and other valuable account information from MySpace users by sending them a fake HTML code (MySpace users can insert their own HTML code into their own profiles, for the matter of customization). However, since some users are children, they are unknowingly exposing their accounts which could possibly expose their location, phone numbers, and other valuable information that should be kept private. Most of the children don’t understand HTML code and they don’t know if the effect can be positive or negative.

There are many more cases in wherein children are taken advantage of through the Internet via chat rooms or social sites. As parents, it is your duty to protect and preserve your privacy from strangers, who could use your children to get what they want. Protecting them can sometimes mean restricting their Internet time, no matter how unpopular or how unconventional that seems nowadays.

With the case of the young girl, it can be seen that parents didn't exercise much caution as well because of the fact that she was able to get by pretending to be someone she was not. The chances of the act happening the way it did could have been lessened had the parents been more careful, as well as the girl herself.
Beranda
Add your opinion
Berikan Komentar